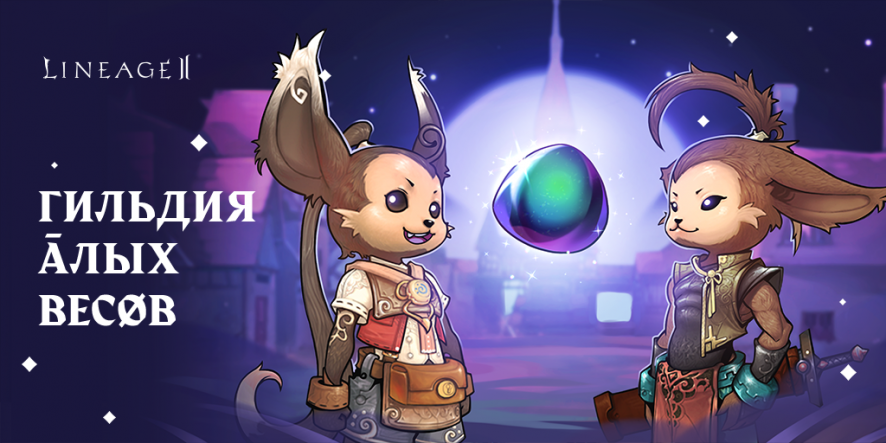 Paraparacots have returned to Giran and are ready to please travelers again. Zelen will tell you about the amazing secret knowledge, Cheren will amaze you with his blacksmithing skills, cute Rose will show his experiments with paints, and the Blue Escort Soldier will thank everyone who helps protect the Guild for their help.

The Crimson Libra Guild will return to Elmoreden! Merchants will be located in Giran.
​
Blue Escort Soldier :
A soldier of the Blue Escort has arrived in Elmoraden as a guard for the Scarlet Libra Guild. 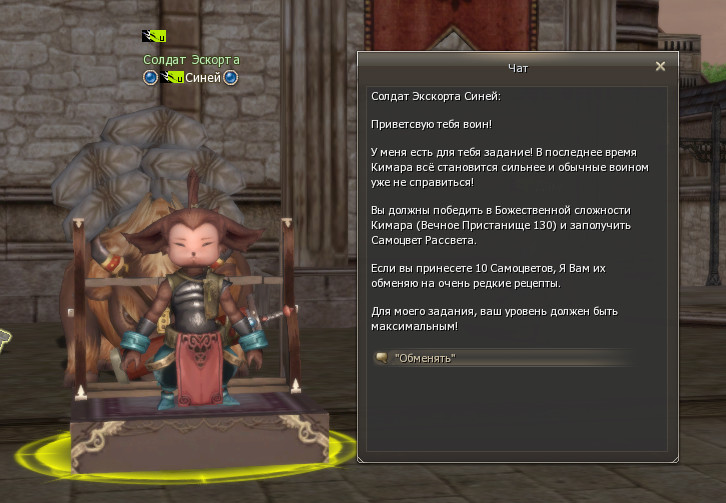 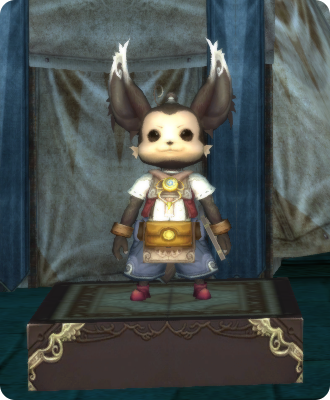 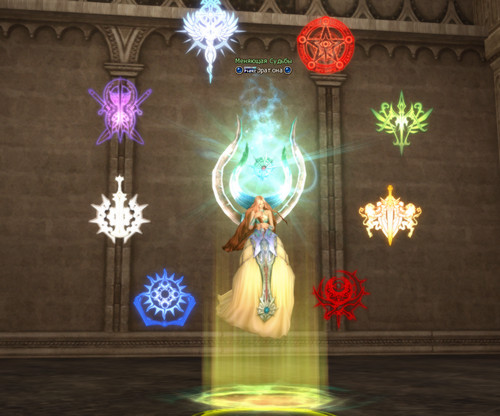 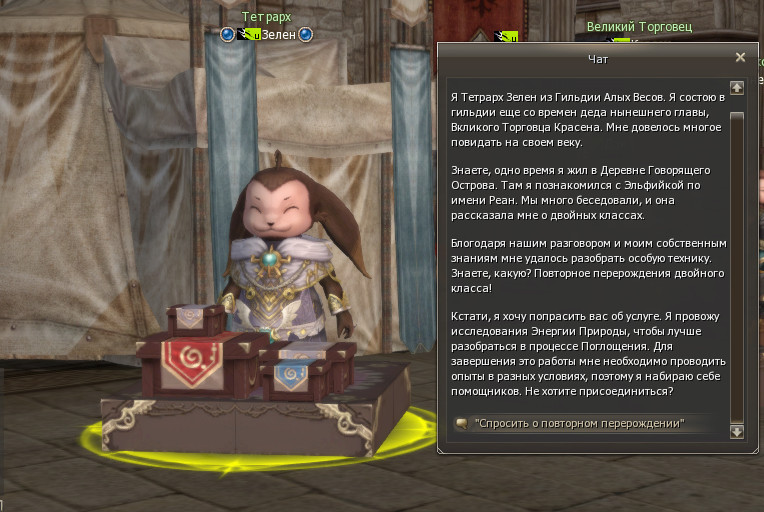 Artisan Cheren:
The Scarlet Libra Guild is famous for its jack-of-all-trades, and Cheren is rightfully considered the best of them. He works with the fine weapons of the Scarlet Libra Guild. No one in the world knows how to make and repair weapons better than him. He is a master of his craft. 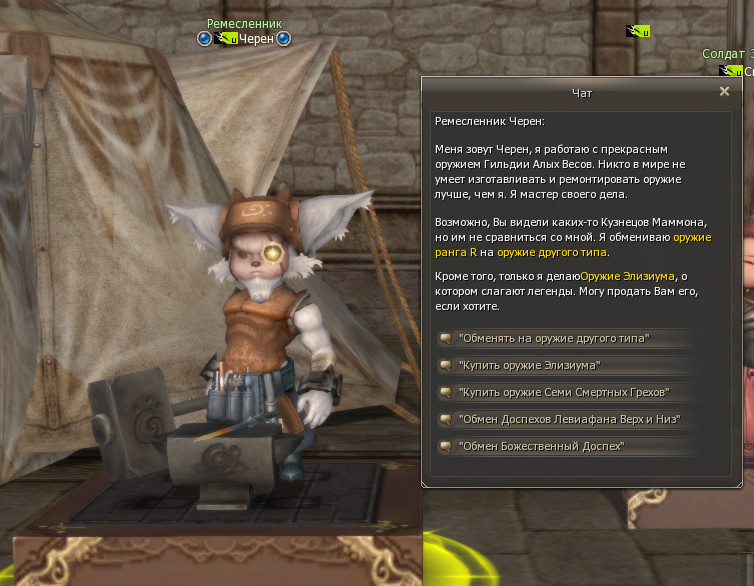 Cheren offers various weapon exchange options:
Also added the exchange of weapons of the Dragon 1,2,3 Lv., Bloody Zarich and Akamanah.
Cheren can also craft Elysium weapons. Weapon stats cannot be enhanced. It is initially strengthened by the element of holiness.

Weapon Cost - 1 Scroll: Enchant Weapon (R) .
Please note: the artisan will only accept the most common scrolls of enchantment, event scrolls and other special scrolls will not work. 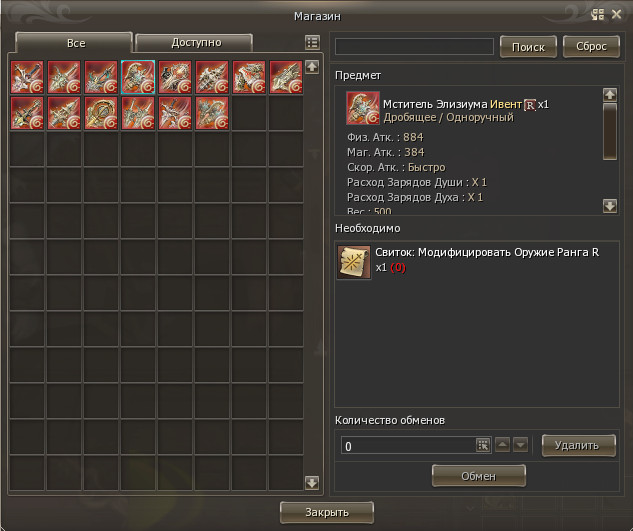 Elysium weapons have a bright, distinctive glow, similar to that of the heroes' weapons, but green.

Cheren can also craft the weapon of the Seven Deadly Sins for 24 hours. Weapon stats cannot be enhanced. 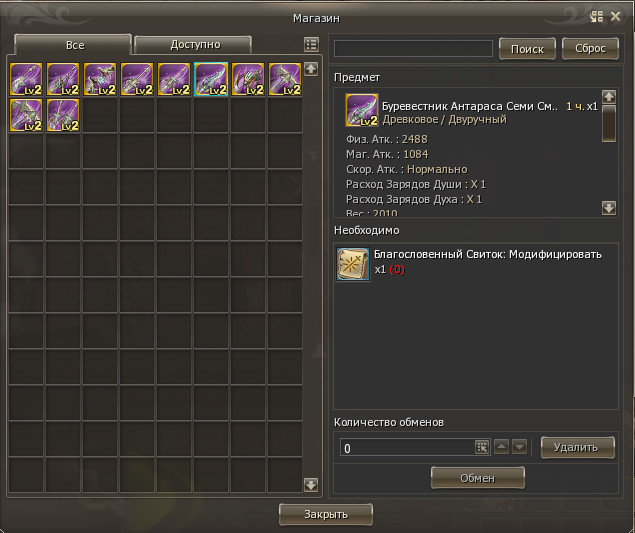 The cost of the weapon is 1 Blessed Scroll: Enchant Weapon (R) .
Please note: the artisan only accepts blessed scrolls of enchantment, event scrolls and other special scrolls will not work. 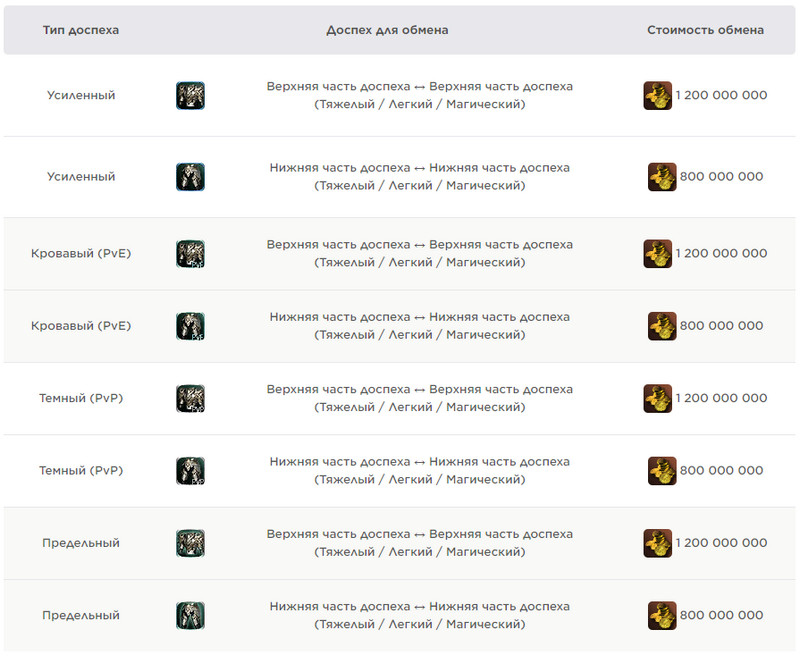 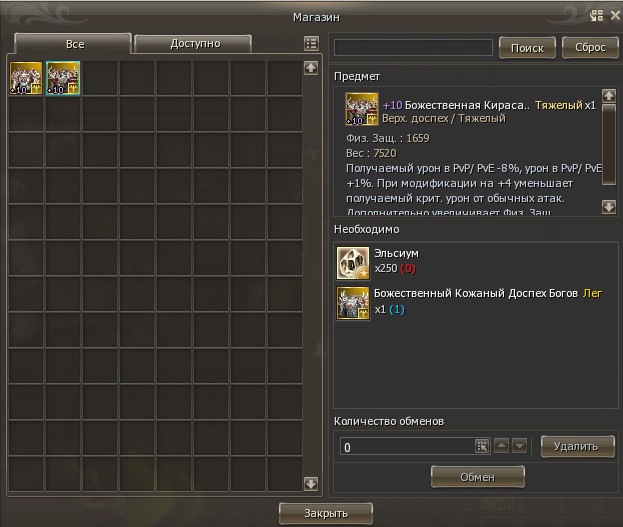 Grocer Rose:
The most beautiful and charming member of the Scarlet Libra Guild, Grocer Rose , loves to experiment with paint. 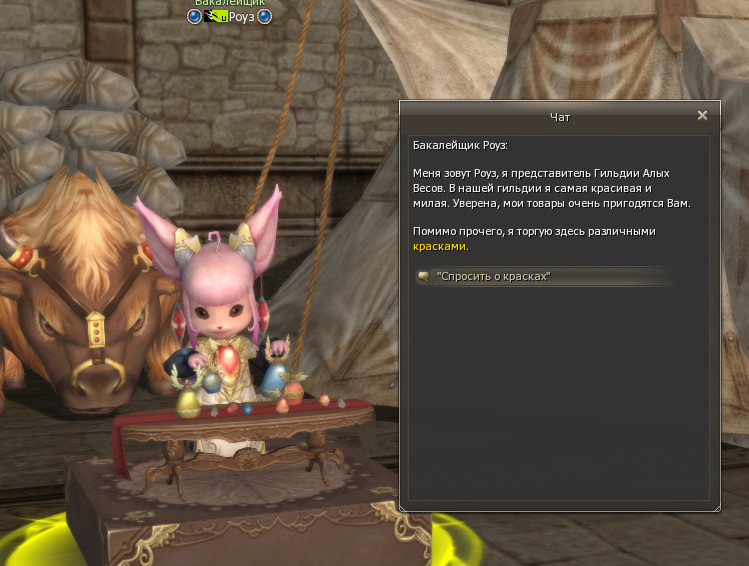 The table below provides a complete list of paints available for exchange: 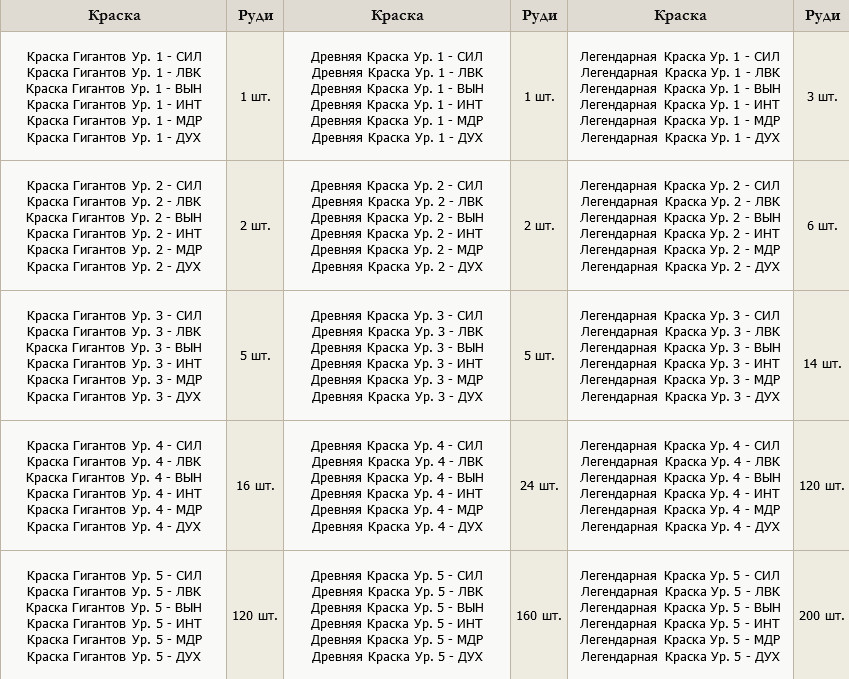 Rose offers the specified amount of Rudy for 1 piece. any of the colors listed above.

In addition, the grocer exchanges Rudy for Giant Dyes Lv. 5 or Legendary Dye 1 Lv. obtained during the most complex experiments in Elysium. For 1320 pcs. Rudy or 3650 pcs. Rudy has a chance to get one of the following dyes: 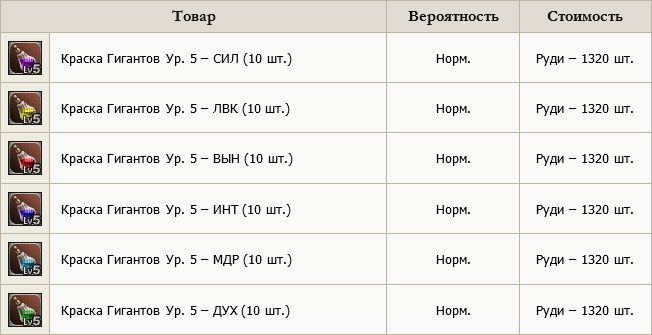 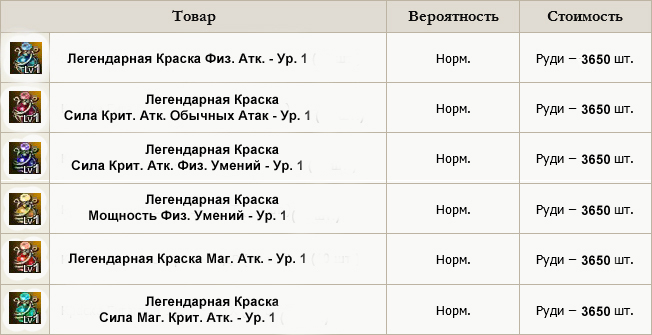 When trading, you can receive a random paint set.